BuddyCompany’s guide to the most exciting and groundbreaking products on display at this year’s most exciting technology event – CES 2021. 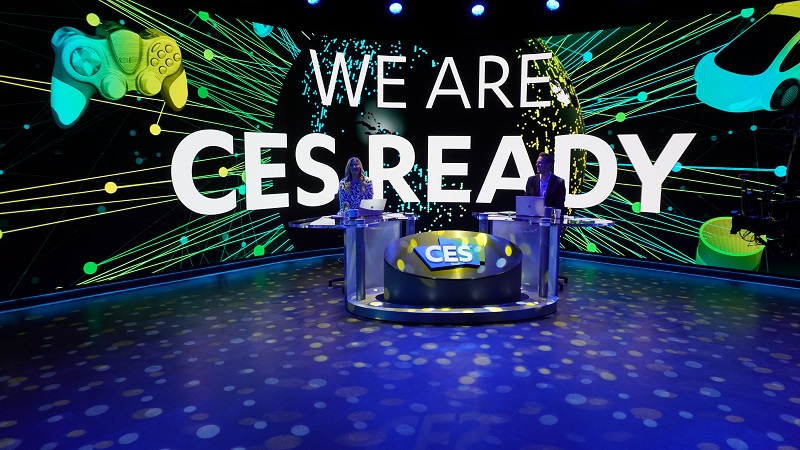 Tech lovers rejoice! 2021 has kicked off with the most influential tech event in the world – CES 2021.

And while this year’s edition was entirely virtual, with no in-person attendance, CES still showcased some of the most exciting developments in the tech world.

So, which products got us TechBuddies most excited? Let’s take a look at some of the most innovative, smart, and downright jaw-dropping products on show.

Samsung’s Bot Care range has already caused a virtual stir at this year’s show, with the Bot Handy generating the most buzz.

While robot butlers may have once been a sci-fi fantasy, Samsung has made them a reality. The Bot Handy utilizes advanced AI and machine learning technology to pick up, move, and operate various items and appliances around your home. From loading the dishwasher, doing the laundry, and, yep... even pouring a glass of wine, this little robot butler promises to take smart homes to the next level.

Tech geeks have been getting dizzy with excitement at rumors of LG’s rollable smartphone for some time now. At CES 2021, LG finally confirmed the latest breakthrough in mobile technology: LG Rollable – the very first rollable smartphone – will be launching in 2021.

But what exactly is a rollable smartphone? Well, it’s a regular-sized smartphone that, at the push of a button, extends to twice the size. Almost like having a compact smartphone and small tablet all in one handy device. LG’s rollable smartphone will most likely be swiftly followed by the Oppo X, which is also rumored to be launching this year, as flexible phones look set to become the new benchmark in mobile technology.

Looking like something out of Black Mirror, the Sony Aipeak Drone both astounds and terrifies in equal measure. Still, Sony assures us that it’s aimed at professional photographers and videographers, rather than evil geniuses. So, we can all relax for now.

Sony says the Airpeak allows video creators to “explore new frontiers for visual expression.” With its quadcopter design, retractable landing gear, and ability to film with stability at very high speeds, this is one seriously innovative product. And, while it’s certainly more of a high-end cinematography kit than a consumer product at the moment, it offers a glimpse into the incredible potential of drone videography, which could hit the mainstream sooner rather than later.

Dutch company SenseGlove debuted their incredibly gripping haptic feedback gloves at CES 2021, grabbing the limelight and captivating tech lovers all over the world.

The stretchable, easy-to-wear material gets the comfort level right. But where these VR gloves genuinely grab the user is with the haptic force feedback feature, which enables the wearer to get a feel for different shapes, textures, and levels of resistance.

At the moment, these innovative VR gloves are specifically designed for VR training purposes, such as designing and exploring physical prototypes and hazardous materials training. Within a few years though, these could go hand in hand with VR headsets, bring a whole new level of immersion to gaming and entertainment VR.

Set to launch in Q3 of this year, Lenovo’s Thinkreality A3 augmented reality glasses are set to virtually redefine the workspace.

Showcased quite fittingly at a virtual event, at a time when the very concept of ‘work’ is transforming, the Thinkreality A3 glasses are so much more than regular smart glasses. The wearer can see and interact with up to five virtual displays – six displays in total when you include the physical screen that the device connects to, whether that be a PC, laptop, or smartphone.

Lenovo states that the glasses are for “scenarios from factory floors and laboratories to busy retail and hospitality spaces,” although at a time when home working is becoming the standard, they might just help to revolutionize the home office.

With all the innovative, groundbreaking products on show at CES 2021, perhaps the one that is genuinely the first of its kind is the OrCam Read.

A compact, wireless, handheld point and click device, the OrCam is designed for those with reading difficulties like dyslexia, as well as those who are blind or visually impaired. The user simply points the device at a body of text – either a printed surface like a newspaper or a digital screen – and the text is converted into audio in real-time, either through the device’s inbuilt micro-speaker or through a connected Bluetooth speaker.

The future is now

These are just six of many incredible products being unveiled and displayed at this year’s virtual CES event. Head over to the official CES 2021 website for more info on the groundbreaking technology premiered at the year’s most anticipated tech event.

Get the best out of your tech and book a TechBuddy today. We’re always here to help. ‍