Fiber Optic vs Cable: the Difference Between Them and Why You Should Care

BuddyCompany takes a look at the key differences between fiber optic and cable internet connections, from cost and availability to speed and reliability. 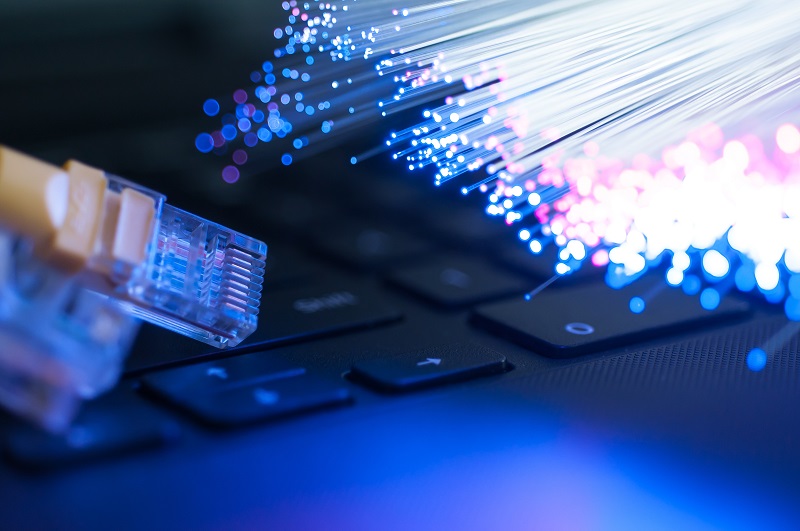 It’s a safe bet to say that we all take the internet for granted. Having all the info in the world at our fingertips is now part and parcel of daily life, yet knowing how we’re connected can be really beneficial.

For instance, knowing the difference between fiber optic internet and standard cable means you can make an educated decision on which one is best for you.

So, without any further ado, let’s delve into the details.

Fiber Optic vs Cable: the Basics

Let’s start with the older technology: cable. Remember cable television? Well, cable internet is based on the same principle – a coaxial cable is used to transmit data via an electrical signal.

Once this signal reaches your home, it’s converted into a digital signal by your modem. Your modem basically acts as a translator, so the signal can communicate with all the different devices in your home.

As they use the same connection, lots of cable companies bundle TV and internet services together. Cable internet has been the most popular method of internet connection until the last few years. That’s where fiber optic internet comes in.

Fiber optic cables use a different type of cabling that – without getting too technical – uses plastic or glass to transmit light along long thin fibers. This allows a lot of digital information to travel over a very long distance at speeds that would make Usain Bolt blush.

There are actually two types of fiber optic internet: dedicated internet access (DIA), which is mainly used for business and government operations, and broadband fiber, which is aimed at standard day-to-day domestic use. So, when we talk about fiber optics in this post, we mean broadband fiber.

It depends. Based on your requirements, preferences, and location, you might be better off going with either. When making a decision, you’ll mainly look at four criteria: availability, reliability, speed, and cost.

As cable technology has been used for telephone lines for many decades, the infrastructure is well-established, meaning cable internet is widely available, even in remote rural areas.

And while it is not as readily available as cable, fiber optic connections are more widespread today than they were only a few years ago, particularly in major cities and urban areas.

In fact, the number of fiber optic broadband lines in Europe is set to more than double over the next six years.

When it comes to reliability, fiber optic wins. It’s far more consistent than cable, with better performance levels over a longer period. In fact, it has five times fewer faults than cable. One of the main reasons for this is that fiber optic cables use light beams instead of electric signals to send information which makes them more resistant to negative effects of outside conditions like rain and flooding.

More importantly, with fiber optics, you get your own dedicated line, which means you receive a direct internet connection that’s not shared with other users – the speeds you pay for are yours alone. It’s like having your own dedicated lane in rush hour traffic!

With cable internet, you share your connection – including speeds – with other users. This leaves you open to delays in data processing and slow internet connection during peak electricity and internet usage.

Ok, now we’re talking about a big difference. Cable network speeds can range between 10 to 500 Mbps, with an upload speed range of between 5 to 50 Mbps.

While in the past this has been enough for most users, with the addition of HD and 4K streaming, a bigger reliance on video call apps like Zoom and Skype, and the growth of IoT devices and the connected smart home, cable internet speed can struggle to keep up with modern demands.

Fiber optic internet, on the other hand, can reach speeds of up between 250 to 1,000 Mbps, both uploading and downloading. This makes the worst fiber-optic connection five times faster than the best cable connection.

There’s no getting around it: cable internet is a lot cheaper than fiber optic internet.

Still, considering the gulf in quality in every other area, that shouldn’t come as a surprise. And while there is a difference in cost between fiber optic and cable internet, the gap is certainly closing.

But why? Firstly, it’s cheaper for suppliers – a UK study found that a nationwide fiber-optic network would save up to €59 billion in operating costs over a 30-year period. This means governments have to spend less money on the infrastructure, maintenance, and day-to-day running of the network. So it’s no surprise that they’re getting on board and increasing infrastructure investment. Before long, there’ll be readily available fiber optic internet on a wide scale. Cheaper running costs and a bigger network mean that the costs for the consumer will plunge. Then, fiber optic internet will be the standard option throughout Europe.

For now, what’s the best option for the average consumer? Well, wire for wire, cable internet is the best option for people living in areas with limited fiber-optic internet availability and those who rarely go online. For everyone else, fiber is the way to go. It provides a smooth, reliable internet experience and is particularly useful in a smart home or remote work setting.

Besides, it’s set to be the foundation of our future; our super-fast, tech-driven utopia. It’s as simple as that.